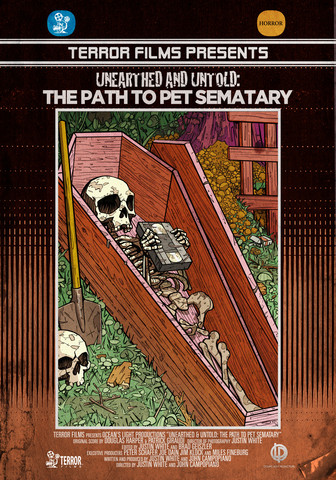 I have just seen the documentary Unearthed & Untold: The Path to Pet Sematary and let me tell you, if there is ever something you wonder about that movie the answer is in this documentary. The running time for the documentary is just under 100 minutes and we get it all. Well, almost, we don’t get any clips from the actual film. My guess is that it has to do with the rights for it but that really doesn’t matter. We get to go behind the camera and see what happened when they shot the film.

It all starts with how they struggled with getting the movie done at all and moves along to the script, the actors, the set, the actual filming, King’s involvement, the Gage vs Truck scene and all the way to the premier. What fascinated me the most was how much behind the scenes stuff there was. Remember that this movie was shot in 1988, a time when we were happy if we got a trailer for the movie included on the VHS tape. So, I can’t even begin to imagine how much work there must have been for the creators of this documentary to find all the footage and photos that they have included here.

We also get interviews with the cast. Dale Midkiff (Louis Creed), Denise Crosby (Rachel Creed), Brad Greenquist (Victor Pascow), Miko Hughes (Gage Creed), Susan Blommaert (Missy Dandridge), Andrew Hubatsek (Zelda) and the twins that played Ellie Creed, Blaze and Beau Berdahl and they all tell us how it was to do the movie.

We also get to hear from director Mary Lambert and the lady that created the real Pet Sematary that King used for inspiration and she tells us how King was their neighbor and that he used to cut across their lawn. Imagine that. But besides all these obvious interviewees they also talk to a lot of the less known people involved. We get to hear from the people who did the props, who turned a plain house into Jud Crandall’s old house by building a new shell over it and so on and so on. All these small things are somehow included in this documentary.

The only two things this documentary is missing is 1) the input from Fred Gwynne who plays Jud Crandall but since he’s been dead since 1993 I guess it would have been quite creepy if they had a new interview with him… and 2) Input from King about the movie. But these are really small bumps in the road and I can certainly live with them. Unearthed & Untold: The Path to Pet Sematary is a great documentary on how the movie Pet Sematary was made and I can’t wait to see the finished DVD version that’s supposed to include some extra features as well. Now you have to excuse me I’m going to watch the Pet Sematary…

Unearthed & Untold: The Path to Pet Sematary is done with love (for a great movie), stubbornness (to finally get it released), with thoroughness (finding everything and not leaving anything out) and a passion for the art of filmmaking. Well done!
Add or read comments 0 Comments
Close comments 0 Comments 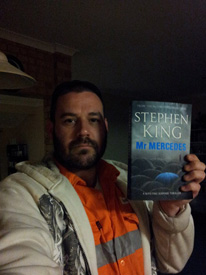