It’s finally here. The part of The Stand where Larry and Rita enters the Lincoln tunnel is finally being put down on paper, as a comic that is. In fact, the entire issue (except a few pages where we see how Stu and Glen Bateman meet for the first time) is about that event. And what an issue it is. I will even go so far as to say that it’s the best issue so far.

The events that take place in the Lincoln tunnel, Larry’s fears of what he might find in there, the details…it all adds up to a great feeling of horror and fear. The fear that Larry is feeling when he enters the tunnel, the fear he feels when he is alone in the dark, when his mind is playing games with him. That fear is perfectly transformed from the pages of King’s book into the comic.

Roberto Aguirre-Sacasa, Mike Perkins and Laura Martin has done a very good job with it and the feel and look of it is very good. I know I might sound a bit over the top here but I really feet it’s that good.

The bonus for this issue is a look at some photos Mike took in New York and then used as a model for the illustrations in the issue. He wanted it all to look right and I must say that it quite amazing when you compare his photos with the illustrations. It looks very much a like and I wouldn’t be surprised if those of you living in the area recognize real places in this issue. We also get a new “script to final” in which we’ll get to see a page’s journey from script to finished page. Then we also get a short interview with Mike on his feeling about the Lincoln tunnel experience.

As I said, this is one of, if not the, best issue in the series so far. I like it a lot and I’m sure you will too. Especially if you have read the book and know the Lincoln tunnel scene from there. 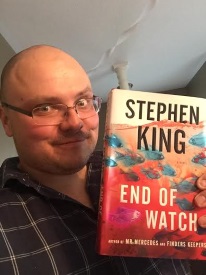