More from Eli about Cell

Here is another interview with Eli:


Cinematical: I know you're moving on to Cell, the Stephen King adaptation. Last time we checked in, the writers were still working on a draft. Where is that now?

ER: Same thing. I just like to do one movie at a time. I know some directors multi-task, but I can't do that. I tried with Grindhouse and Hostel II and it was exhausting. So I'm going to get through the press on Hostel II and then dive into the script for Cell.

Cinematical: Anyone in mind for the lead roles; I know Jordan Ladd is a favorite of yours?

ER: Nope. Nobody. No cast until there's a script. The only thing that matters right now is the script. Once I finish Hostel: Part II, I'll take short break and then dive into Cell.

Cinematical: With remakes all the rage these days, would you ever be interested in remaking a Stephen King film?

ER: Nope. I did Cell because I've always wanted to do a Stephen King adaptation. Everything else from this point forward, I want to write, direct and create my own ideas. 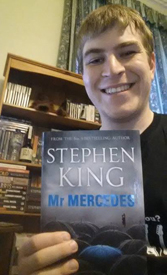