Mary checks in and Kate checks out

"Grey's Anatomy" star Kate Walsh has exited due to skedding conflicts with her ABC/Touchstone TV skein. Touchstone had warned her that the series schedule would have to take precedence over any outside role, but the actress accepted the film hoping that something could be worked out.

John Cusack and Samuel L. Jackson topline the pic about a debunker of paranormal occurrences who encounters real terror when he checks into the notorious room 1408 at the Dolphin Hotel.

Walsh was to play Cusack's ex-wife.

McCormack's credits include "The West Wing" and "ER." She's also appearing in Lionsgate's upcoming dirty-bomb thriller "Right at Your Door."

Thanks to Bev Vincent.
Read all 1408 news
To the news archive 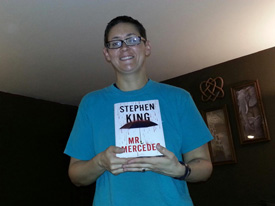