Sony Pictures has announced a slight shuffle in their 2017 release schedule and moved The Dark Tower back a month. New release date is now February 17, 2017.


The Dark Tower, which it was recently revealed will begin production in seven weeks in South Africa, has moved from its original release date of January 13, 2017 to February 17, 2017. An adaptation of the Stephen King novel series, the film will open against Universal Pictures and
image: http://images.intellitxt.com/ast/adTypes/icon1.png
Legendary Pictures’ The Great Wall and 20th Century Fox’s Maze Runner: The Death Cure. Nikolaj Arcel will direct the film which stars Idris Elba as Roland “The Gunslinger” Deschain and Matthew McConaughey as the evil Man in black. 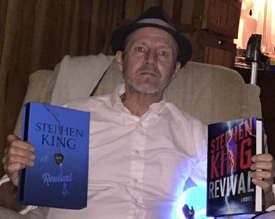