Bad Little Kid To Be Filmed

Looks like King's latest short story, Bad Little Kid is about to be turned into a movie.

The supernatural tale centers on a man whose life changes forever when he realizes that a mysterious boy is causing the deaths of people he loves.

Bad Little Kid was released as an e-story in Germany and France on March 14. King says he wrote it specifically for his fans in those European countries who were so hospitable to him when he visited in November.

Bouzereau, who is also planning on directing Bad Little Kid, has a resume packed with making-of documentaries. He wrote and directed the 2011 TCM film A Night at the Movies: The Horrors of Stephen King, which featured King discussing horror films and their popularity with moviegoers. Bouzereau's other directing credits include Roman Polanski: A Film Memoir and Don't Say No Until I Finish Talking: The Story of Richard D. Zanuck, which he also wrote and produced. Bouzereau is represented by Resolution and Bloom Hergott. 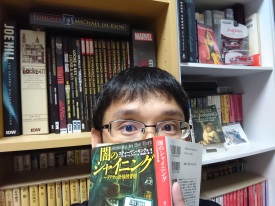