Desperation moved to May 23

I just got an email from Mick Garris in which he told me that ABC has moved the airdate
for Desperation to Tuesday, May 23rd. They are getting wonderful feedback to the film, and apparently that would be a stronger night for it. 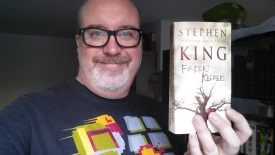