Is The Dark Tower on again?

Is The Dark Tower on again? Well, Deadline posted this update:


Media Rights Capital is in serious talks to take on The Dark Tower after Warner Bros declined to make what potentially amounts to three feature films and two limited run TV series. MRC’s Modi Wiczyk is a big fan of the Stephen King novel series, I hear, and the company is eager to capitalize on the positive momentum they got from developing and financing the Seth MacFarlane-directed summer sleeper hit Ted with Mark Wahlberg. MRC next has the Neill Blomkamp-directed Elysium with Matt Damon, and the company has the capital to back an ambitious project like The Dark Tower with director Ron Howard eyeing Russell Crowe as the gunslinger Roland Deschain and his quest to travel through a Western-style world woven with magic to find the Dark Tower, mankind’s only hope. Akiva Goldsman adapted the book and is producing along with Brian Grazer and Stephen King. Even though MRC was unavailable to comment, I expect this deal to make quickly. MRC has a distribution arrangement with Universal, but it’s unclear whether that studio would release the film. Universal developed it but passed on making the project before it moved to Warner Bros. 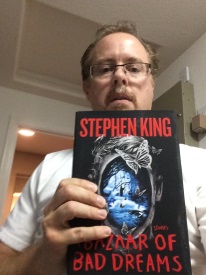