Sci Fi Wire reports that The Talisman begins production next year for a 2005 release.


Russian-born director Vadim Perelman, who will helm the film version of Stephen King and Peter Straub's best-seller The Talisman, told SCI FI Wire that DreamWorks honcho Steven Spielberg personally asked him to take the project based on Perelman's first film, House of Sand and Fog. "He called me after he saw the movie for the first time," Perelman said in an interview. "I felt very honored."

Perelman said that he is currently working on the screenplay adaptation of the novel, about a boy who searches through a parallel universe to find a talisman that can save his mother from cancer. "I find an emotional way in," Perelman said of the story. "I have to. It's about this boy that's saving his mother's life. It's my emotional door into the story, and then I'll make it my own."

The Talisman begins production next year for a 2005 release. 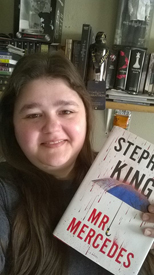