Fangoria reports that Vadim Perelman hopes to start shooting The Talisman in the summer of 2004.


Longtime commercial/music video director-turned-feature helmer Vadim Perelman chatted with FANGORIA about the long-in-development Stephen King/Peter Straub adaptation THE TALISMAN, which he'll direct for DreamWorks following the release of his directorial debut, HOUSE OF SAND AND FOG. THE TALISMAN has had a long road to the big screen, and was at one time set to be produced by Steven Spielberg and adapted/directed as a television miniseries by Mick Garris (currently busy helming another King feature project, RIDING THE BULLET).

"We're hopefully starting it this coming year and shooting it in the summer," Perelman tells Fango. "Ehren [THE RING] Kruger is adapting, and it was already in process. I'm excited about it. My emotional road into this film was literally this 14 year-old boy—the story is about this boy who travels across two parallel universes, ours and a different one, in order to save his mother's life."

Perelmen, who was born in Russia and came to the West with his mother to escape horrific poverty, related to the story on a personal level. "A 14 year-old boy travels a long distance to save his mother's life...I said, 'Alright, I can get into this,' because the last thing I want to do is sell out," he explains.

As for reuniting with Spielberg and DreamWorks after SAND AND FOG, Perelman couldn't be happier. "They're very hands-off—they're great," Perelman reports. "They're a wonderful place to be—if they trust you and they know what you're doing. They always take chances on first-time directors. When Steven saw my film, one of his comments was, 'This is why I started this studio—to make films like this."

Thanks to BFoehl.
Read all The Talisman news
To the news archive 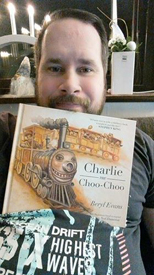