What happened to The Talisman?

Film Force recently did an interview with Mick Garris and there he got a question about what happened to The Talisman miniseries. Here is his answer:


GARRIS: Talisman is an interesting thing. I had written the script for the four-hour mini-series – this is something Spielberg was going to do as a feature for a long time. It had been decided, "Let's do it as a mini-series," everybody was excited. Kennedy/Marshall were producing, Spielberg was involved tangentially at DreamWorks – and I wrote the script and I really enjoyed doing it. I put a lot of heart and soul into that. It was, again, a very personal one. I was really happy with the script, and the studio really was happy with the script. Kennedy/Marshall thought it was terrific, Spielberg had given it his blessing – ABC read it, "We love this." And then I didn't hear from them for weeks. "What's going on? We've got to set our dates and do all this." Finally, I got a call from Kathleen Kennedy saying the network said they can't afford it. Spielberg had only given his blessing for one network. Both NBC and CBS have told me they would go with it tomorrow. But Spielberg got excited about it again, and was considering doing it as a feature. So maybe working with some of the people he's working with now, to rewrite it as a feature. I don't think anything has happened since then. There is the possibility that it will come back as a mini-series or as a feature. Who knows? 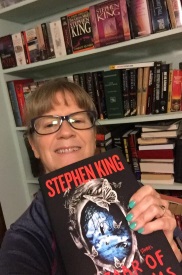