Dark Tower or not...

A lot of rumors and speculations are going around right now about The Dark Tower and whether or not Ron Howard will direct it. People at Universal claims it’s still on but the fact that Ron Howard has signed on to do the biopic about formula one racer Nicky Lauda and also an adaptation of the “Spy vs. Spy” comic strip (if rumors are correct) will make it hard for him to get the time to do The Dark Tower. Howard also said recently that Javier Bardem formally hasn’t sign on to do the role of Roland yet (“Nobody is pay or play but he has said he wants to do it. We’ve spent a lot of time together. He’s fascinated by the character and has great instincts for Roland. I’m hoping when we go, he’s available and will join us.”) which is yet another bad sign for the movie.

However, Universal has to green light the film by next month or the rights revert to Imagine, Akiva Goldsman and King. 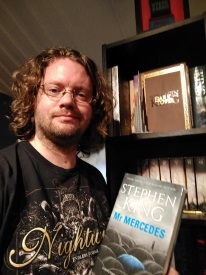