The Dark Tower on TV next season?

Today I found an article called NBC - Full drama development slate for next season - almost all Fantasy/Sci-Fi and in it I found this interesting section:


DARK TOWER, THE: Eerie, dreamlike, set in a world that is weirdly related to our own, The Gunslinger introduces Roland Deschain of Gilead, of In-World that was, as he pursues his enigmatic antagonist to the mountains that separate the desert from the Western Sea. Roland is a solitary figure, perhaps accursed, who with a strange singlemindedness traverses an exhausted, almost timeless landscape. The people he encounters are left behind, or worse—left dead. At a way station, however, he meets Jake, a boy from a particular time (1977) and a particular place (New York City), and soon the two are joined—khef, ka, and ka-tet. The mountains lie before them. So does the man in black and, somewhere far beyond...the Dark Tower. 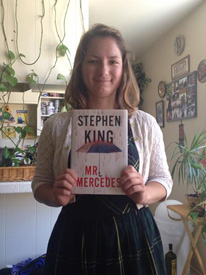