It's not clear whether state officials will be able to organize a presidential visit in the near future, but before the end of the year Vermont will get a visit from a King.

As part of a tour supporting his forthcoming novel, "Under the Dome," author Stephen King will be in Manchester on Dec. 2 as a guest of the Northshire Bookstore.

Northshire event coordinator Linda Ellingsworth called it "the mother of all book signings."

"It's obviously thrilling. The people here said it's probably been 15 years since he's been back here," Ellingsworth said.

"It's always exciting when a writer of his stature comes through Vermont. The tough thing is going to be getting in the door (of the signing,)" Bissette said.

Given this unusual opportunity, Bissette said he hoped people who planned to attend would come up with some good questions for King.

Ellingsworth said the bookstore would probably create a separate page on its Web site to promote the event. Tickets may be available as early as the first week in August. 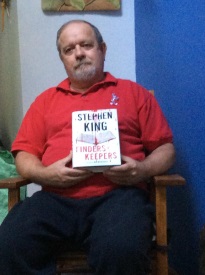