Here is more about The Dark Tower movie:


As “Star Trek” makes its case for the new J.J. Abrams age of the franchise this weekend, he and fellow “Lost” creator Damon Lindelof continue to have early discussions about Stephen King’s cult series of books “The Dark Tower.” Lindelof confirmed Abrams’ assertion that “Lost” is priority number one at the moments, but said the project would require at least as much care as Zack Snyder’s adaptation of “Watchmen.”

“Having seen Zack go through what he went through on ‘Watchmen’ in terms of saying of where can I digress from the material I just get headaches thinking about changing anything,” Lindelof told MTV News. “It was the defining literary tale of my young adulthood into adulthood.”

Lindelof is keenly aware of how that level of attachment can affect his approach to the project. “My reverence for Stephen King is now getting in the way of what any good writer would do first when they’re adapting a book, which is take creative license in changing stuff,” he explained.

If the Hollywood power duo indeed moves on to King’s fantasy/Western tale when they finish with “Lost” it may be an extended commitment in addition to being a demanding one, given the scope of the seven-book series.

“Paramount is certainly looking at it as a franchise movie and thinking about sequels but we don’t want to get ahead of ourselves,” Lindelof said. “Ideas have been thrown around that are very informal at this point.”

And more formal conversations very well may not be in the cards until the fates of Oceanic Flight 815’s passengers are firmly on the ground for the the “Lost” finale. 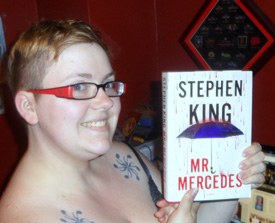