1408 is back. As I reported some years ago it was supposed to be done by Eli Roth, but he is now out of the project and this is a new script, new director but the same film studio:

Dimension has set helmer Mikael Hafstrom and producer Lorenzo di Bonaventura for a horror movie based on Stephen King's short story "1408." The script by Matt Greenberg is being rewritten by Scott Alexander and Larry Karaszewski.

The story revolves around a man specializing in debunking paranormal occurrences who meets his match when he checks into the notorious room 1408 in the Dolphin Hotel. There he encounters true terror.

The short story appeared in the King audio book Blood and Smoke and later in the King anthology Everything's Eventual, published in 2002.

Alexander and Karaszewski together have scripted such films as The People vs. Larry Flynt and Ed Wood.

Thanks to Bev Vincent.
Read all 1408 news
To the news archive 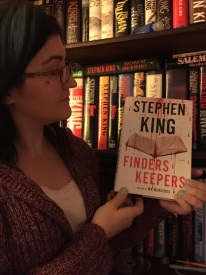