IGN has talked to Frank Marshall and also checked with him about the movie version of The Talisman. Here is what he said:


IGN: And I have to ask this because I'm a huge fan of the book. Any word on that long-in-development adaptation of Stephen King's The Talisman?

MARSHALL: Yes, there is! It's back to being a movie. It's kind of on the backburner since we're waiting to see how everything shakes out with the DreamWorks, Paramount, Amblin thing. 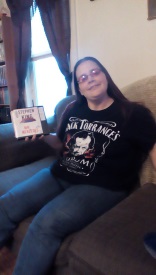